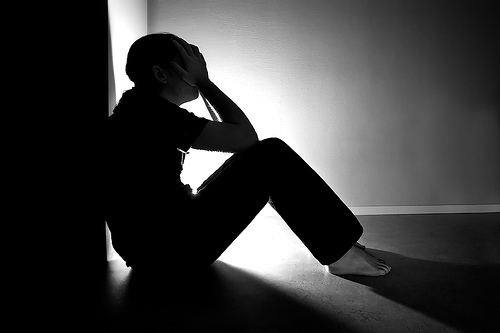 A blood test could be used to diagnose depression, scientists have said, after finding chemicals in the blood in people with the condition.Currently depression is only diagnosed through consultations with doctors based on mood and screening tests using questionnaires.Finding a biological sign of depression also shows that the condition is a disease and not simply ‘being sad all the time’.

In a small complex study a team from Northwestern University in Chicago screened the blood of teenagers to look for chemicals that were present in those with early onset major depression and were not present in those who were healthy.

The tests were based on animal studies and found 26 markers in the blood linked with stress and genetic features involved in brain damage. Early onset major depression has a worst prognosis than the adult onset condition and affects up to 25 per cent of people in their late teens.The condition has also been linked with Alzheimer’s and Parkinson’s in later life which the test may also help predict, the researchers said.The test involved 14 healthy teenagers and 14 with early onset major depression.

Writing in the journal Translational Psychiatry co-author Eva Redei said the chemicals in the blood could be taken as a ‘neurodegenerative fingerprint’ highlighting that problems might occur. She added that because depression often occurs before symptoms of Alzheimer’s disease and Parkinson’s, the presence of these chemicals in the blood might be an early warning sign of those diseases as well.

She said: «The pilot data presented here suggest that our approach leads to a clinically valid diagnostic panel of blood transcripts that can differentiate early-onset major depressive disorder from controls. «The next step is to test our findings in a large sample of youths with major depressive disorder, comparing them with youths without any psychiatric disorder and youths diagnosed with other psychiatric disorders.» She added that eventually measuring the blood chemicals could be a useful way of checking whether treatment of depression and other disease is working.